A journey from the world’s largest tree at 7,000 feet and the highest point in the continental US (Mt. Whitney) in Sequoia National Park, to 282 feet below sea level at Death Valley National Park is a wild change. Death Valley National Park is the largest National Park in the continental United States. It is also known as the hottest, driest and lowest of the national parks.  Despite what the name implies, it is not a huge wasteland; there is so much to see and do in the park. We entered from the north and the snow-capped Eastern Sierra Nevada Mountains framed the canyon and high desert. 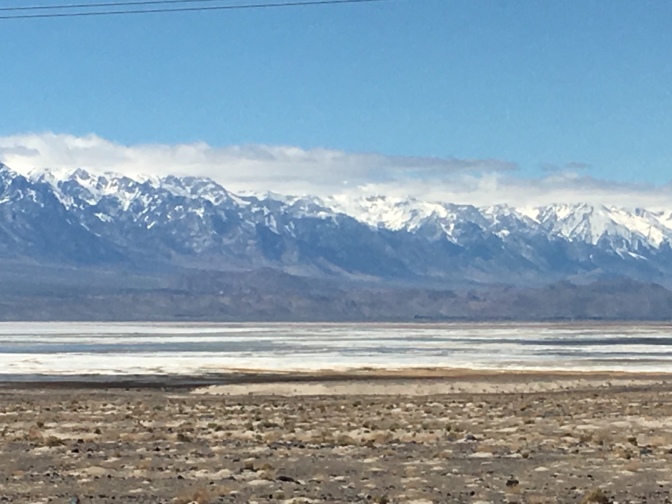 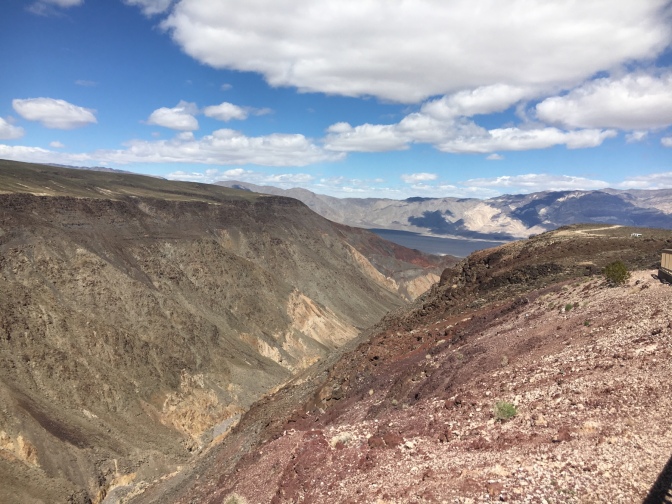 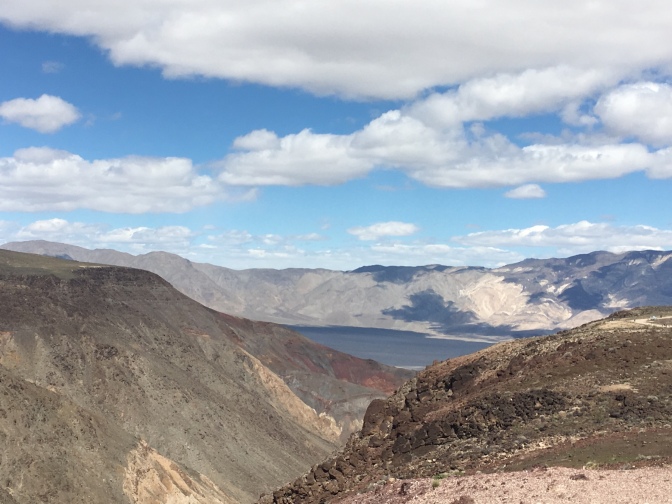 As we descended to the Valley of Death, the temperature rose dramatically, as did the landscape. We saw sand dunes more than 100 feet high, salt flats, colorful canyons and desert. We hiked around the old borax mine which was considered white gold, the Golden Canyon and the Artist‘s Palette. The Artist’s Drive, a nine mile road along a one way, sometimes narrow, paved road, was not to be missed and was well worth it.  The Artist Drive is appropriately named and was a few miles from the Badwater Basin.  We drove through during the late afternoon and saw the multi-colored canyons along the way.  Some areas of the road felt like we were on a roller coaster ride with its various dips. The Artist’s Palette lookout and its surrounding landscape was quite remarkable.  While many of the canyons we passed displayed various layers of colors, the hues of pink, red, yellow, purple, white and green were much more vivid here. There were plenty of viewing points with parking areas to enjoy them up close.  The varying layers of color on the rocks and canyons were results of various mineral pigments brought on by hot water.  For example, iron salts gave the rocks its red, pink and yellow hues. 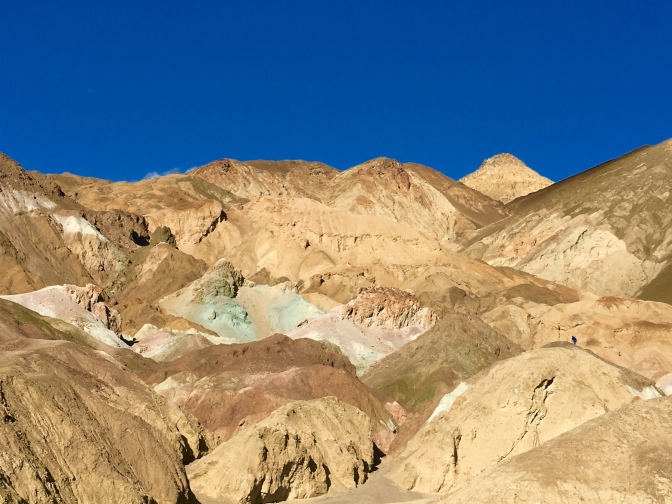 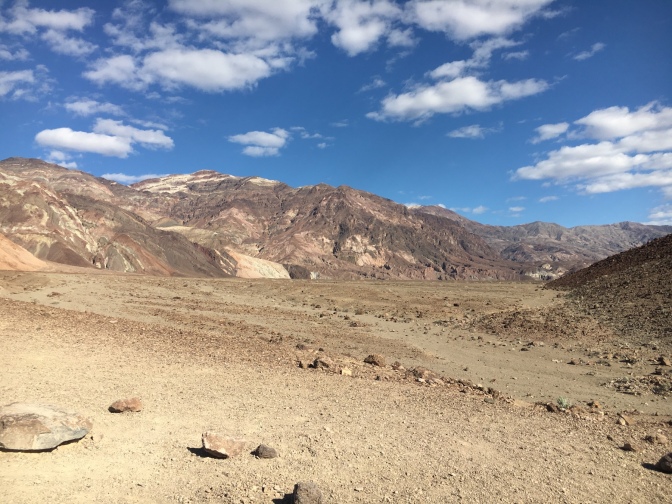 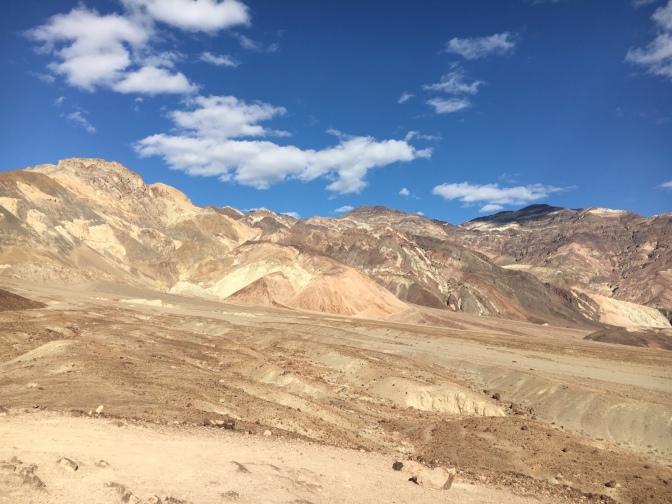 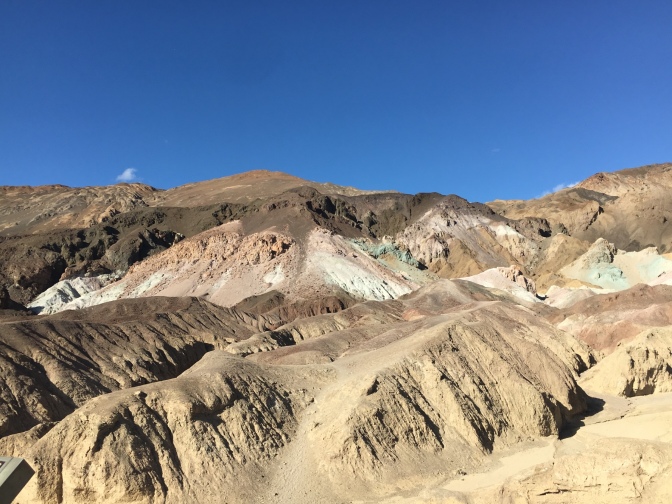 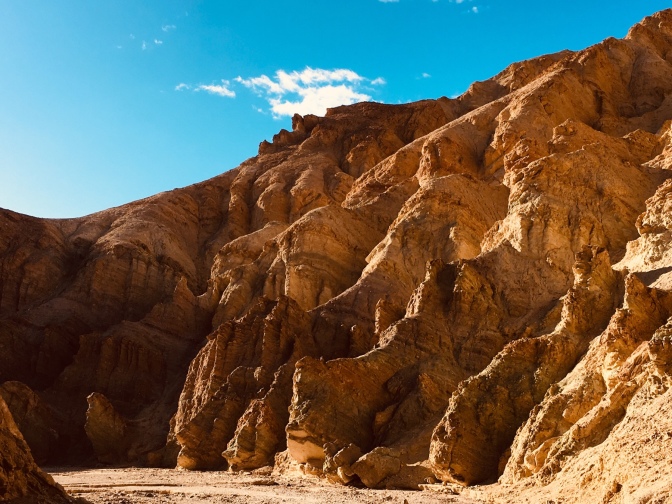 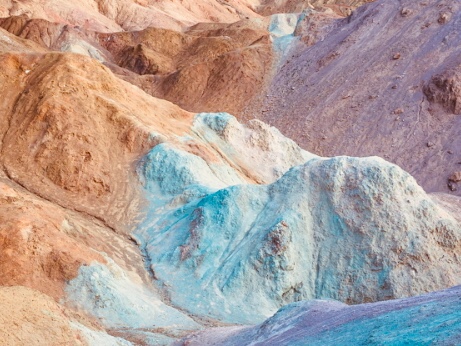 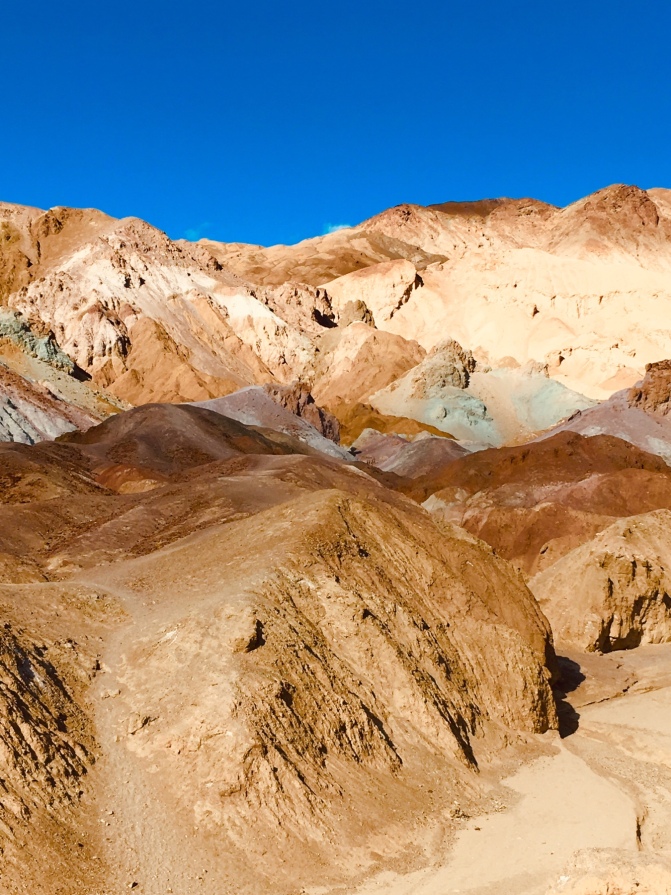 We learned that quite a few scenes from Star Wars were filmed in the park (it is easy to visualize and any ranger will give you a map to the filming locations).

Badwater Basin, amazing salt flats that go on for miles, got its name from the spring along a fault line near the base of the mountain, the salt from the surrounding basin makes the water undrinkable, thus the name Badwater. It is the lowest point in North America at 282 feet below sea level. 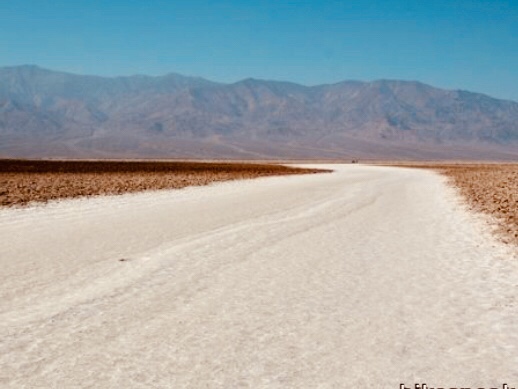 Death Valley National Park is a vast land to explore, filled with extremes. It’s a wonderland of texture, color, light, and shadow. This park‘s beauty leaves us yearning for another breathtaking visit.

We are a retired NYC couple that enjoys fun, food and fantastic adventures. Follow our eating and traveling journeys. View all posts by WhereIsWendy